When It’s Time to Make a Move 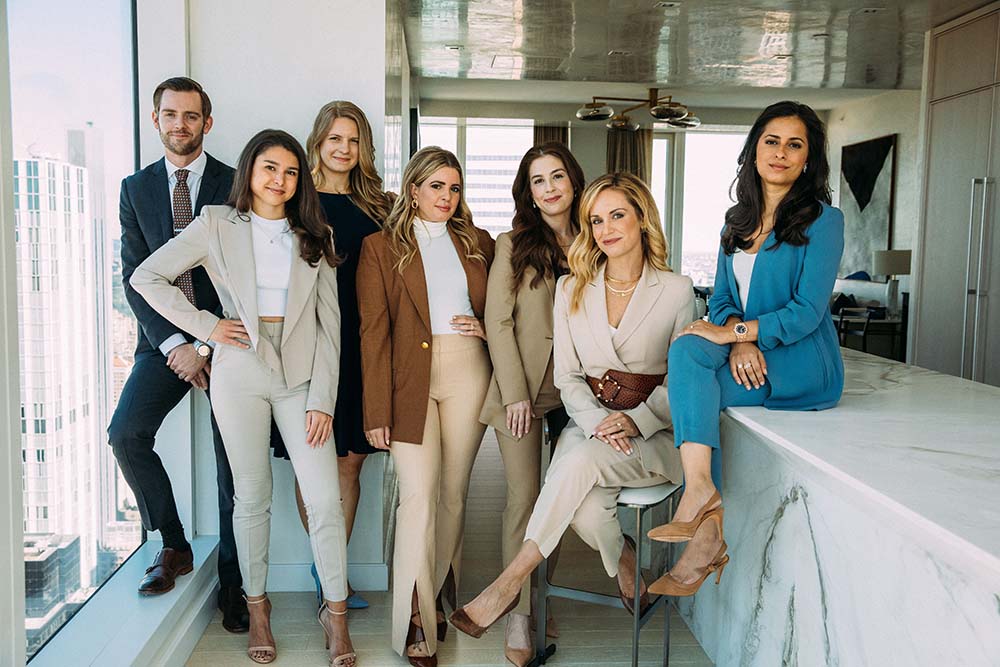 It’s funny how looking back, your decisions seem so obvious. Like the decision I made a year ago to start my own real estate team at Douglas Elliman. It was the best move I could have made. But back then, I was freaking out.

I knew that I needed to find a place that would truly support the real estate career I was creating. I had not been officially announced as a cast member on MDLNY, but my career was booming from the shift I had made to put myself out there. The desire to go out on my own had become an urgent call I couldn’t ignore. I had done so much growing personally that I knew If I don’t do this now, I probably won’t ever.

Sometimes we’re so deep in the forest we can’t see the trees. I guess my team’s evolution was a bit like that. I had a vision of making a new start, but it was far from a business plan. The details weren’t perceptible yet. I kept thinking: keep it small, lean, and sustainable. One year later, I’m leading a team of eight people – and we are crushing it. If you had told me that I was going to have this kind of team, who’s making so much happen, I would have said, “Wow. That’s a lot.” One year ago, I had no idea that building a team of my own would give me the feeling that I could be a better version of myself and do more of the stuff that I really want to do.

Those days leading up to making the leap showed me the deepest depths of self doubt and insecurity about making the right decision. Making changes (especially big ones) always comes with a bit of (or a lot of) challenges, fear and doubt. Period. I’ve accepted this reality and try to view these uncomfortable feelings as a reminder that this decision is important and worthy of reflection. But a pause doesn’t mean to walk away entirely.

There will be small decisions and riskier leaps to make on the road to success. Some of them you will anticipate and be prepared for, and others will happen on the fly. So how do we know when it’s time to make a big decision? How do we know what decision to make?

When I was considering moving to Elliman, I polled a lot of trustworthy people. I was surprised that the responses I got varied wildly, and taken all together, made me realize I had to distill which truths to follow and which to ignore.

When I reflected on their different opinions, I realized that the ones that felt furthest away from my intuition, were based more on their personal experiences than my situation. They were valid, but not in alignment with my vision (a version of false-consensus bias).

So what did I do?

As a woman, I also try to be aware of what I call sneaky male chauvinism. By no means does this apply to every man. Unfortunately there are some out there who, despite their good intentions, are just mansplaining and don’t have a clue of where you’re at or where you’re trying to get to. The point is: be leary of any advice which leaves you feeling less than.

Of course, in the end, the final say is up to us.

After I polled all my trusted advisors and closest friends, I had to decide what was right for me. Sure, I calculated the risks. But I didn’t avoid them (see loss aversion). I tried to think very practically about what it means to fail. Or what “making the wrong decision” looks like. This is a very important step in the decision-making process. I would say it’s the thing that allows us to take the leap of faith, which may seem potentially hazardous and rewarding all at the same time. You can use these hypothetical worst case scenarios to prepare you for the reality of a worst case scenario coming true. And that mental preparation might be just the confidence you need to take the leap.

For me, on the anniversary of starting my own team at Douglas Elliman, I can say, unequivocally, that the move was a no-brainer. I couldn’t picture myself anywhere else.

Of course, I didn’t know that one year ago.

One comment on “When It’s Time to Make a Move”