Are You Still Behind the Scenes or Ready to Run the Show? 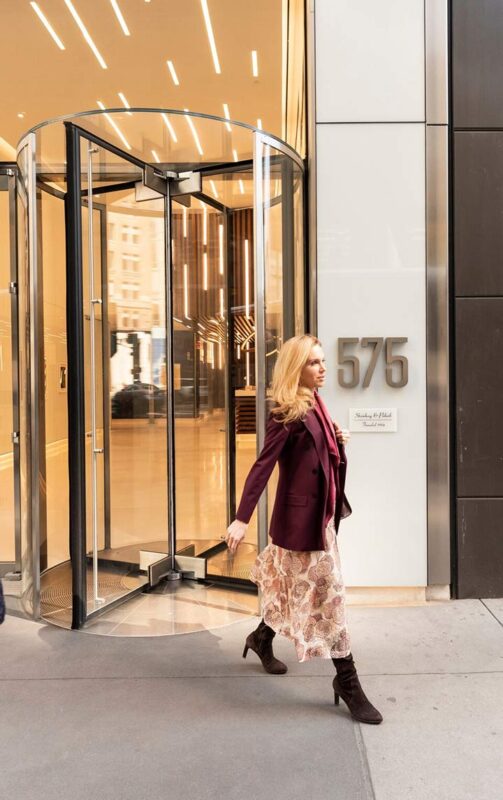 For the last 15 years, I’ve inundated my psyche (and bookshelves) with literature on how to shut out all the external noise and focus on my own singular voice. Unbeknownst to me at the time, I was steadily and faithfully preparing myself for this moment in my career. It wasn’t easy, but I’ve now started my own team at Douglas Elliman and have begun cultivating a powerhouse team of awesome agents.

I feel like I’m emerging from the mindset chrysalis, a former very hungry caterpillar turned full-grown badass butterfly. If you had asked me a year ago if I was ready to lead my own team, I’m not sure how I would have responded. I can say that when the call to take charge came, I answered because I knew it was time, and I was ready.

When do you think you will be?

How to know when you’re ready

Taking the leap from team member to team leader is a no-turning back moment. It’s either for you or not, and you know that within a relatively short period of time.

For me, it’s been very special to feel like I’m exactly where I need to be, after I risked so much to get myself here. People have come out of the woodwork to support me, people who I wouldn’t have expected to want to work with me when my start-up is at such infancy. I’m grateful to have super supportive clients as well, who are not only excited about what I’m working on but who have shown an elevated level of respect for what I’m doing. The show of support I’m surrounded with reinforces the other signs I was receiving from the universe that I could no longer exist clinging to the curtain between backstage and centerstage.

Things felt off, and I knew that if there was ever a time to go out there and do my own thing, it was now. So if you’re even considering making the switch, I’d say go for it and see how it feels.

How to make the switch

Now, me sitting here telling you to leap off the cliff is way easier than you actually making the jump, unless you are of the rare species that was born doing their own thing. I know, because I just did it, and I was a frantic mess for weeks.

You will need massive support, whether from friends, relatives, life coaches, support groups or personal development books. Basically, you’ll need a safety net, something stable, and at least one tried and true who believes in you and who will remind you that you’re killing it. The leap is a little freaky.

The rest is up to you

Regardless of how strong your support system is, if others are going to get behind you and work tirelessly for you, you have to believe in yourself. You have to believe that you deserve to be at the table, that you’re providing value and that other people would be lucky to work with you. This isn’t something that needs to be said; if you believe it, others will feel it, and they’ll want to be part of the magic you’re making.

You also have to be willing to put yourself out there and get uncomfortable. Like Jen Sincero says in her book, You Are a Badass at Making Money: “Where there’s a will there’s a way; we just prefer to pretend there isn’t a way so we don’t have to take responsibility and do the uncomfortable stuff required to grow.”

No pretending. Face the reality of the challenge ahead and get it.

Shout-out to other badass women

When I started discussing this transition with colleagues, I got a mix of responses. Some who were encouraging, cheering me on to make the move now. Others were more restrained and conservative, telling me to wait until I was more established, etc. I’d like to take a minute to point out that none of the people in the latter category were women. Consequently, I’ve made a point of surrounding myself with other successful women. And just so you don’t think I’m being unfair to the guys, I’d like to acknowledge that I’m also lucky to have a very supportive husband.

If you want to become a leader, start training yourself as one

You don’t need anyone’s permission to start thinking about becoming a leader, whether it will be 1, 3, 5, or even 10 years down the road. Start doing the internal work now, so when the cliff presents itself, you’re ready to jump.